The success of Taobao live-streaming has been widely covered in recent tech news. Hosts such as Li Jiaqi and Wei Ya are now emblematic of massive impulse purchases.

But live-streaming is not limited to Taobao. Youzan revealed data showing a 21.2% conversion rate from live streaming: triple the category average. 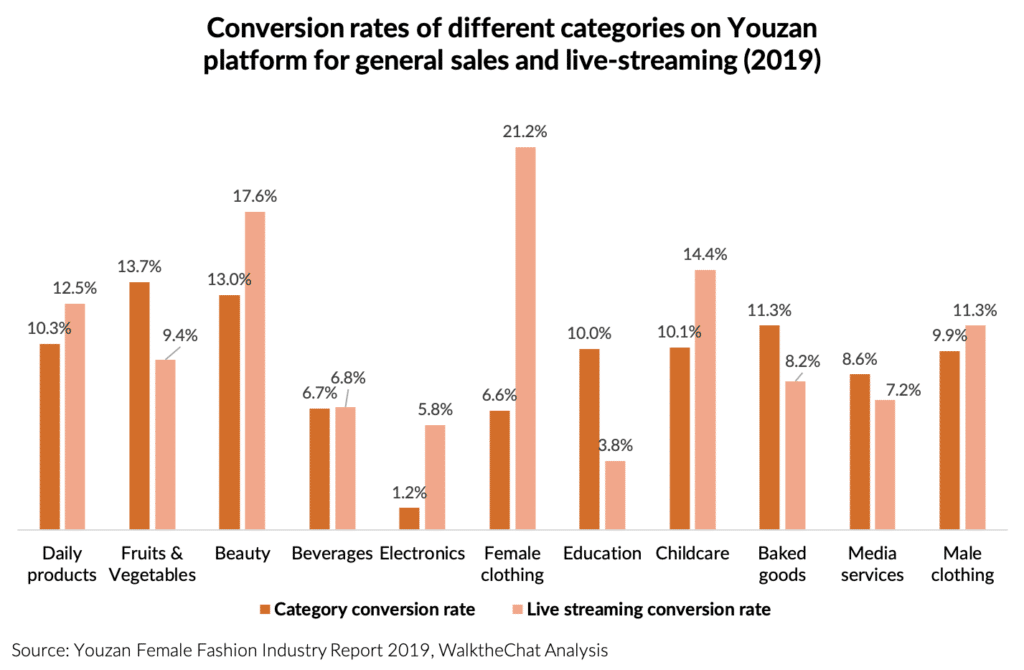 Other categories such as beauty and childcare also perform well on WeChat live streaming.

However, categories which are less subject to impulse-purchases such as education, baked goods or fruits & vegetables (for which buyers are more likely to wander around Pinduoduo for a great deal) see a decrease of performance when using live-streaming.

Youzan’s report also shows a less positive trend: almost two thirds (63.8%) of female apparel buyers didn’t buy twice for the same store. This result is most likely due to the impulsive nature of social purchases. 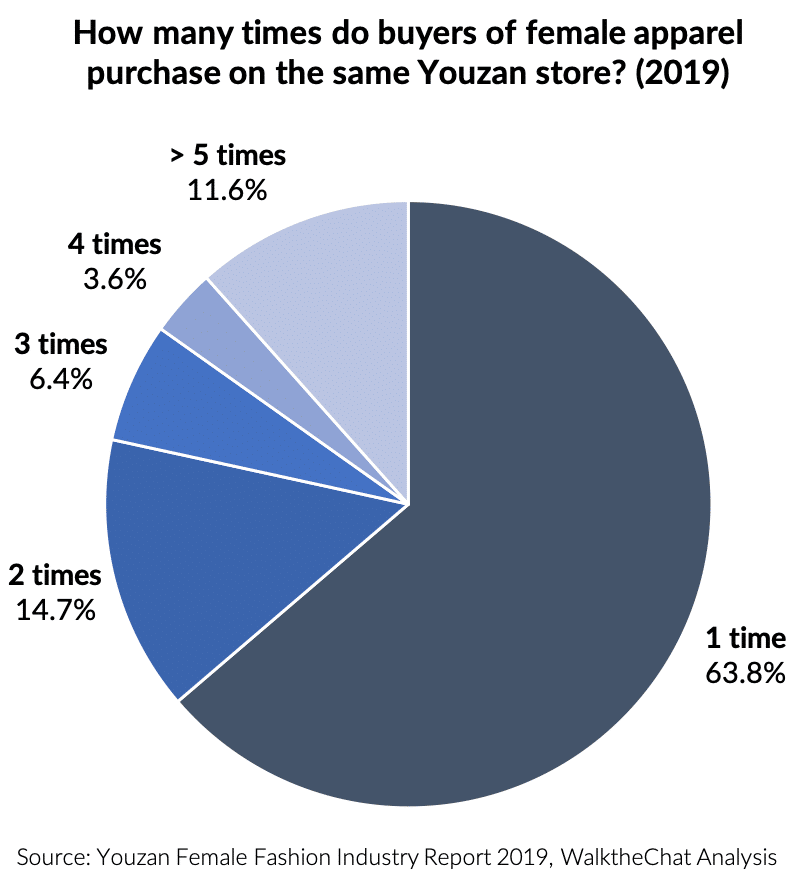 There is however a core of loyal social buyers, with 11.6% of customers buying more than 5 times from the same store.

Another indication that live-streaming is going strong.

Youku, a video streaming platform, recently released a report showing strong engagement among users born after 1990, which represent a major share of the total time spent on the platform. 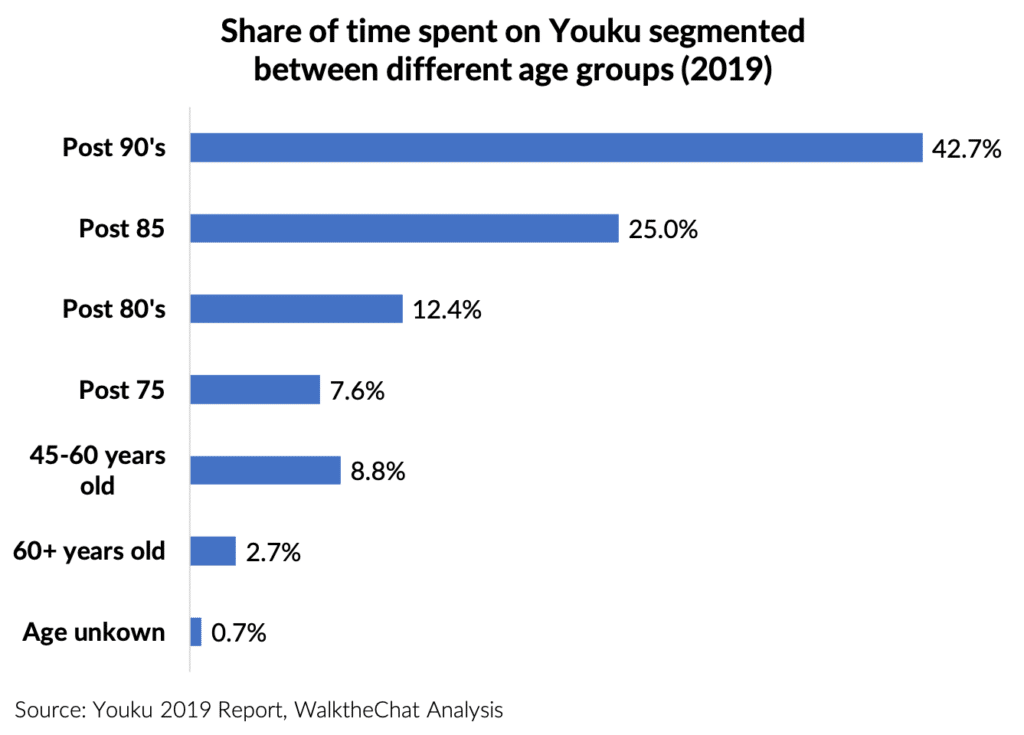 Post 90’s users, however, represent a very large segment of the population: some of them are about to turn 30 years old. Interestingly, Youku didn’t segment its user base further, which might show a lack of engagement toward users born after 1995 or 2000. These users would be more likely to have switched to platforms such as Douyin or Kuaishou.

Youku also claimed that the top-100 million users on the platform spend an average of 1 hour per day watching videos. 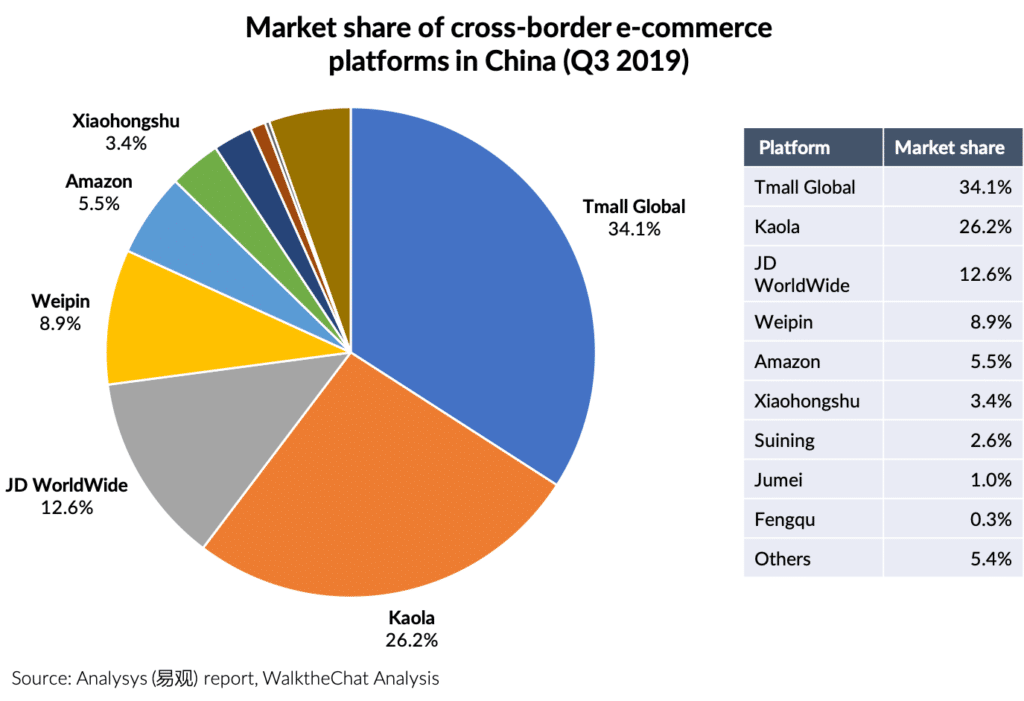 The market share of Xiaohongshu has been relatively stable. Although the social commerce App managed to significantly grow its user base, it is failing to convert this engagement into sales.

According to a report published by IDC, as of H2 2018, Aliyun had seized 43% of China’s cloud computing market. 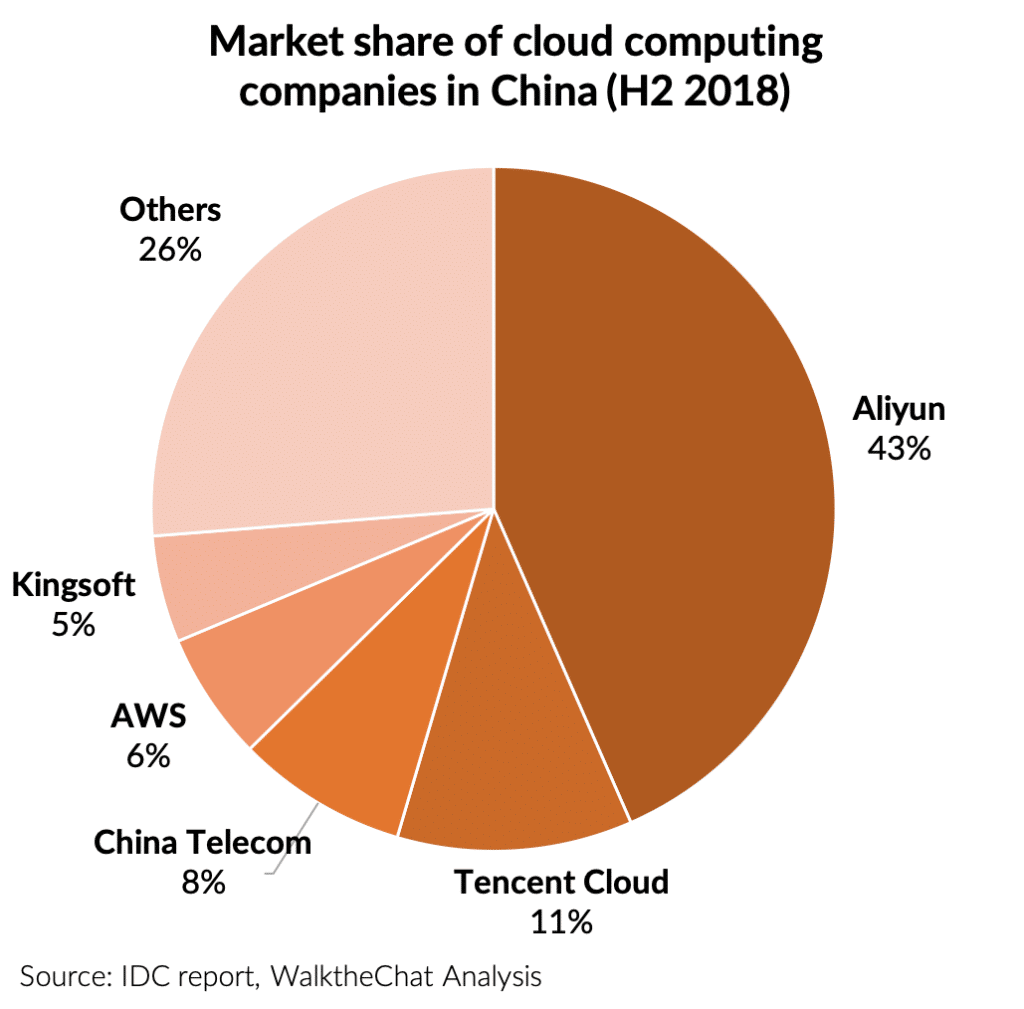 Tencent Cloud is a late-follower with only 11% market share.

Amazon Web Services (AWS), which completely dominates cloud computing outside Mainland China, only managed to grasp a meager 6% of the Chinese market. The AWS solution for Mainland China is separated from the main AWS dashboard and requires a special application.

Live streaming is taking China by storm, becoming a core feature of Taobao, Kuaishou, and WeChat. Incumbents such as WeChat and Youku have to quickly adapt, or run the risk of losing the interest of younger users.

Meanwhile, some large tech giants like Alibaba remain very entrenched in some booming segments such as cloud computing and cross-border commerce.